On the 15th of March Seibo delivered a presentation as part of the Lakeland
University Lecture Series. The presentation focused on how nations have learned
to become giving by first being the recipients of the kindness of others and also focused on the seemingly paradoxical statement that “giving is actually receiving”!

Drawing on the experiences of people as diverse as the Choctaw American Indians
and the people of Ireland in the mid 19th- century and the relationship between Malawi, one of the poorest countries in the world, and modern Japan in the aftermath of the Great East Japan Earthquake- listeners were treated to a thought-provoking insight into the circular nature of charity.

The presentation entitled “An Arrow Shot Through Time” focused on how a donation of 170 dollars given by a marginalised group of Indians to the poorest and most destitute people in Europe in the 1840’s has never been forgotten.
The presentation showcased how changes in the media in the mid-19th century helped create the conditions for making the Irish Famine – a national disaster- the starting point of international fundraising activities and how Japan in its hour of need became part of this virtuous circle when 43 x international organisations and 174 countries came to its aid- including Malawi- and wondered aloud as to the appropriate response from Japan now – in Malawi’s hour of need.

The presentation was delivered in English and Seibo sincerely wish to thank Roger Grabowski, Assistant Professor of General Studies, for providing us with the opportunity. 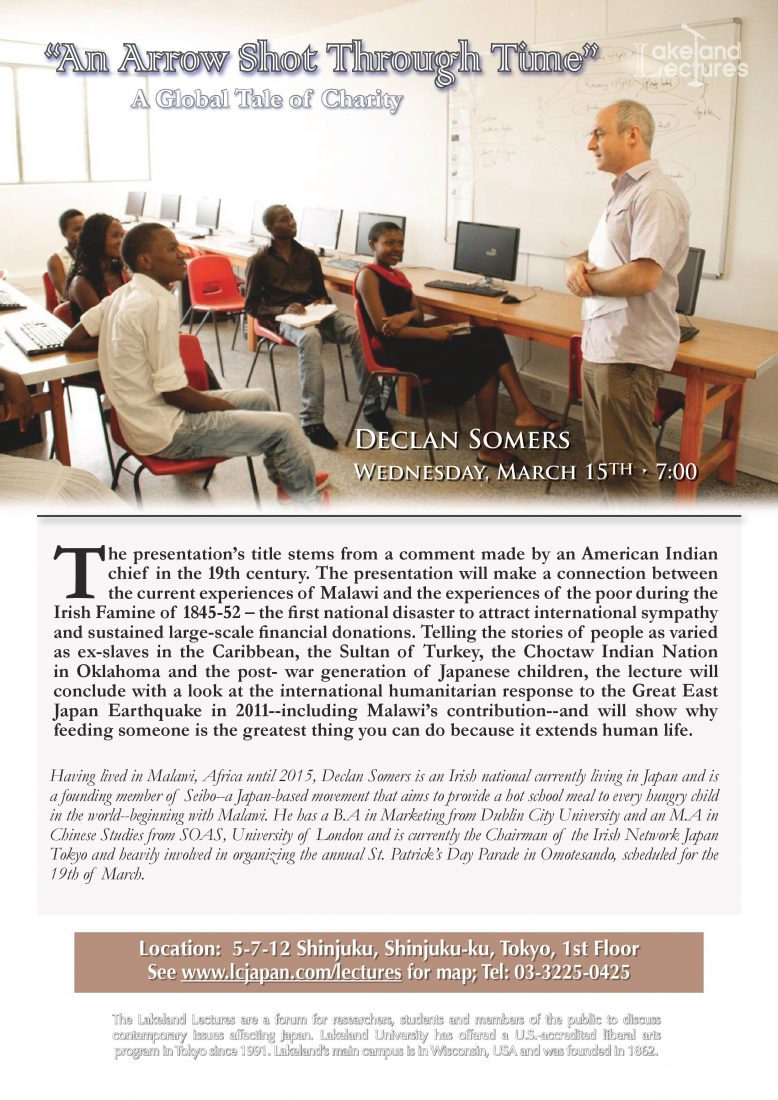