[Event Closed]
The Story of The Tiger- a Malawi-Japan Collaboration
Date:2017.10.06
Follow @SeiboJapan

The Story of a Tiger by Malawian actor Mbene Mwambene and 3 Japanese actors will perform at Ryogoku’s Theater X over the weekend of the 27th-29th of October for 3 x performances. The story by playwright Dario Fo will first be performed by a Japanese actor followed by Mbene’s performance set in Malawi.

Each of these unique shows will end with a short photo-talk on Malawi delivered by journalist Yuichi Iwasaki and complementary Malawian tea and coffee will be served.
An update on progress of Seibo’s recent appeal to Help Tawina Nursery will also be introduced to thank the many supporters who helped make the appeal successful.
The performance will be in English with Japanese sub-titles and tickets are for sale from the Theater X Homepage (www.theaterx.jp) for 1,000 yen- seating is free arrangement. 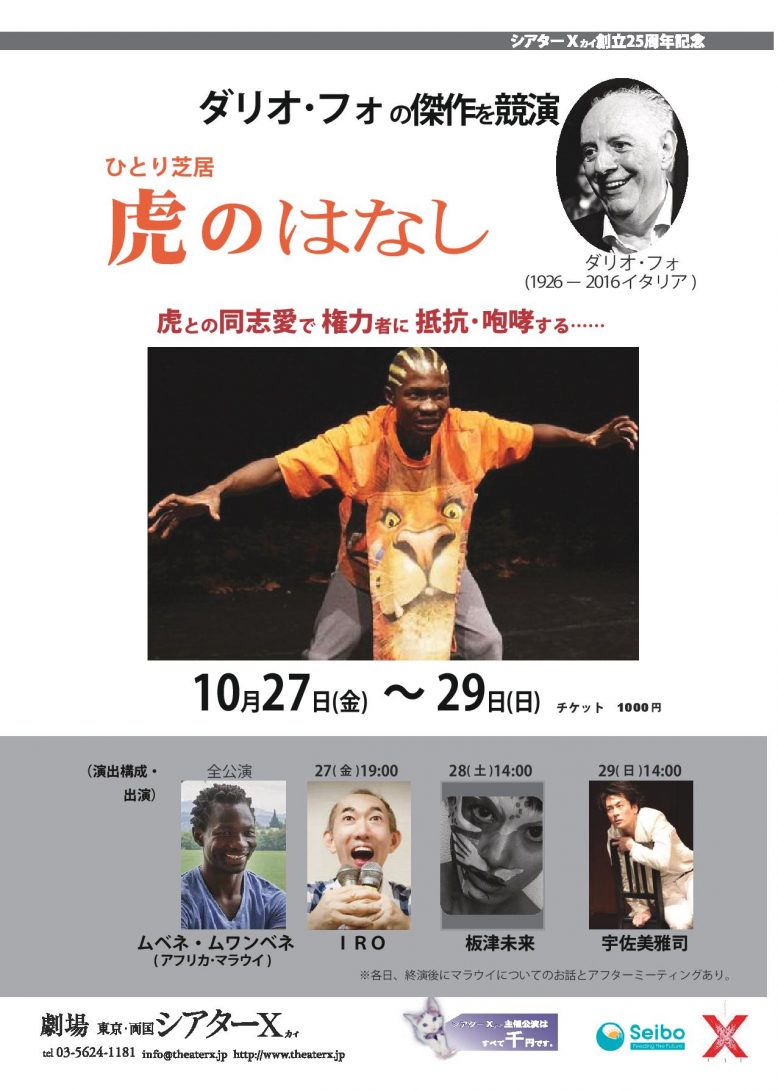