The Mzimba LEA Primary school is located within the Mzimba Boma in the area of Village Headman, S.S Corner. At the time of the launch their school kitchen was not yet complete so the cooking orientation took place outdoors. Fortunately around the time of the launch on the 1st of December some local volunteers donated a sum of money so it is hoped the kitchen shelter will be soon completed. 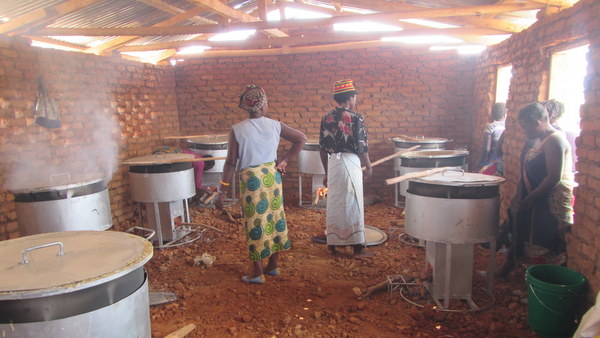 17th February 2017: A visit to Mzimba LEA by Seibo staff in Malawi that enrollment had risen to over 3,000 learners since school feeding began. In addition it is believed that some parents are trying to enroll nursery-school age children early in order to avail of school feeding for their children.
Sadly however at the time of our visit the school kitchen was as yet incomplete
and a classroom was being used for cooking. The head teacher cited the low turnout of volunteers as the greatest challenge. 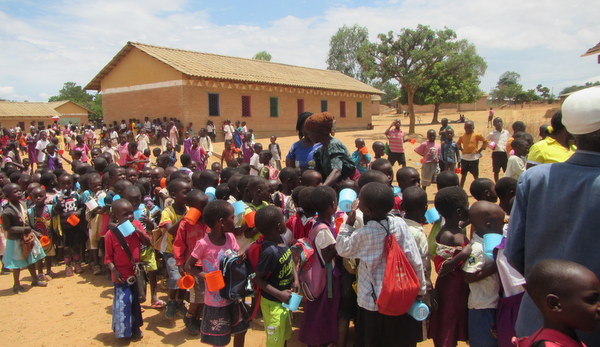 Subsequent visits showed a lack of ownership of the school feeding programme. Stoves had been damaged, the kitchen was still incomplete and a lack of volunteers was causing delays in issuing food to learners. As a result the Seibo team in Malawi issued a letter on the 16th June 2017 seeking improvements. A written reply was received on August 8th 2017 with assurances from the District Education Manager that improvements would be made. Seibo will continue to monitor the situation at the beginning of the new school semester in September.