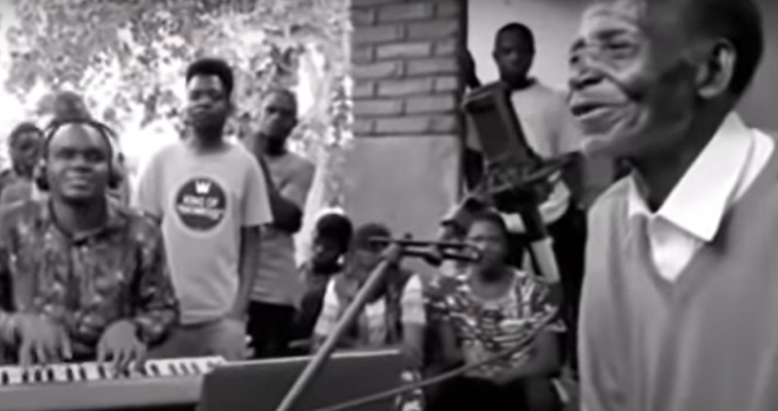 In this article we introduce 91-year old Malawian music legend, Mr. Giddes Chalamanda. Born in 1930 in Southern Malawi, Mr. Chalamanda, known locally as ‘Agide’ wrote a song called ‘Buffalo Soldier’ about his dream to someday visit America. His dream finally came true at the age of 86 when he was able to perform his song at the Library of Congress, Washington DC. This dream was made possible due to the kindness of his adoring fans in Malawi. Having lived a life of hardship in his home village, Mr. Chalamanda’s became known to a larger audience thanks to a recent musical collaboration with a local gospel singer, Patience Namadingo. In fact the video of their collaboration has already reached over 70 million views on TikTok making it the most popular music video featuring a Malawian artist in history! While Seibo have no direct involvement in this project we are delighted to note that the videographer is the talented Sam Sozela, our colleague at the Beehive Centre of social Enterprise in Chilomoni.

Before you click on the video link however we want to share another act of kindness from Malawi. Having been made aware of Mr. Chalamanda’s personal hardships, the Malawian FDH bank constructed and stocked a supermarket in his village, for which Mr. Chalamanda received the keys in September of last year- to see the handover event click here. And don’t forget to dance to the music!