Seibo were delighted to announce feeding at the Kabuku Primary School.
The school under the JOCA school feeding which began in 2013 had served as the
“control” school for Kazomba. By providing comparative data and not receiving any school feeding in return this school had shown a spirit of both sacrifice and co-operation for several years. 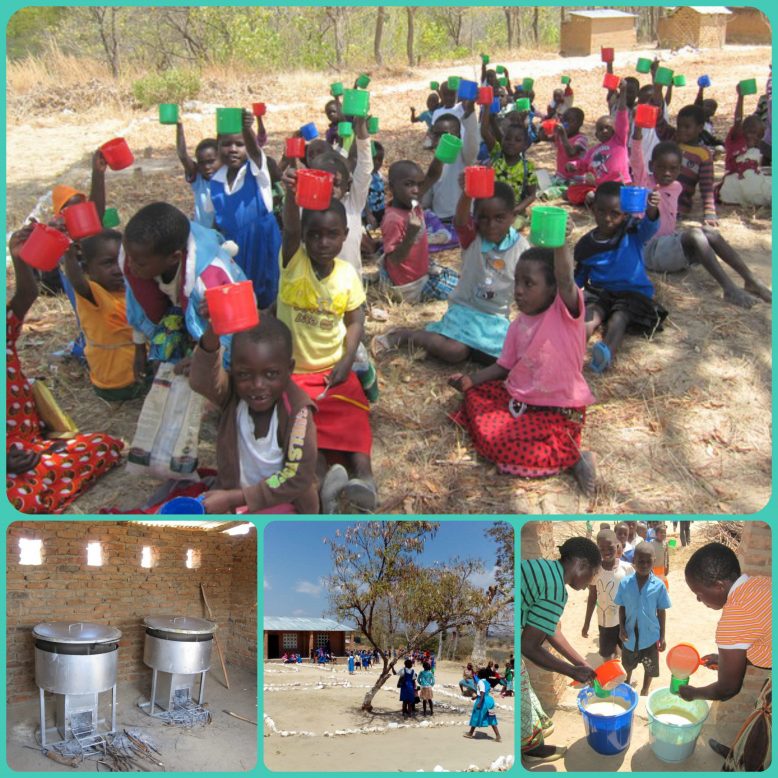 As the kitchen building was already built our task was made easier.
We assisted the community’s plans by providing Rocket Stoves, Basins, Cups, Buckets
etc and most importantly the food- the Phala that is to be served daily.
Following a small ceremony and a Phala-cooking demo the community sang and school
feeding officially began.

Seibo Director Sawako Nevin mentioned- “there is no such thing as a free lunch”.
This was said in reference to the co-operation between the school management committee and the surrounding villages. In addition to providing the volunteers to cook the meal each village will also provide a bag of maize and 1 x ox-cart of firewood each month.

The kitchen shelter built by the community will need weather-proofing to make it viable year-round. It is the hope of Seibo that we can work with the community in building a brick shelter in time. With costs forecast to be in the region of USD 4,000 we will however need your donations to make this happen. 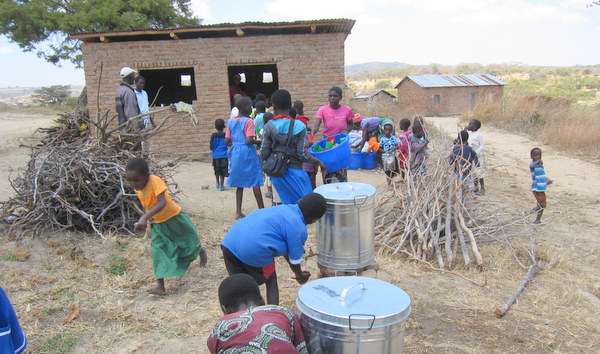 In the words of Mr. Saka of the Ministry of Education- who attended the launch of school feeding in Kabuku;
“Seibo will help in reducing hunger in children living in poverty, increasing access in primary education, improving the health of children as well as improving community involvement in school meals implementation thereby promoting ownership of the program.
In addition, the meals received at school also help to improve their nutritional status, promote physical growth and cognitive development which are crucial in the development of a productive workforce that the country needs for its development.”

15th February 2017: Following a visit by the Seibo team in Malawi to Kabuku Primary they reported back the school had yet to adapt to the new government directive to ensure all school feeding was complete before lessons began. As such the school meal was being served during the school “tea break”.
An inspection of the school’s storage area showed all was well with; well ventilated spacious area, dry floor, dry wooden pallets and well-stacked stock.